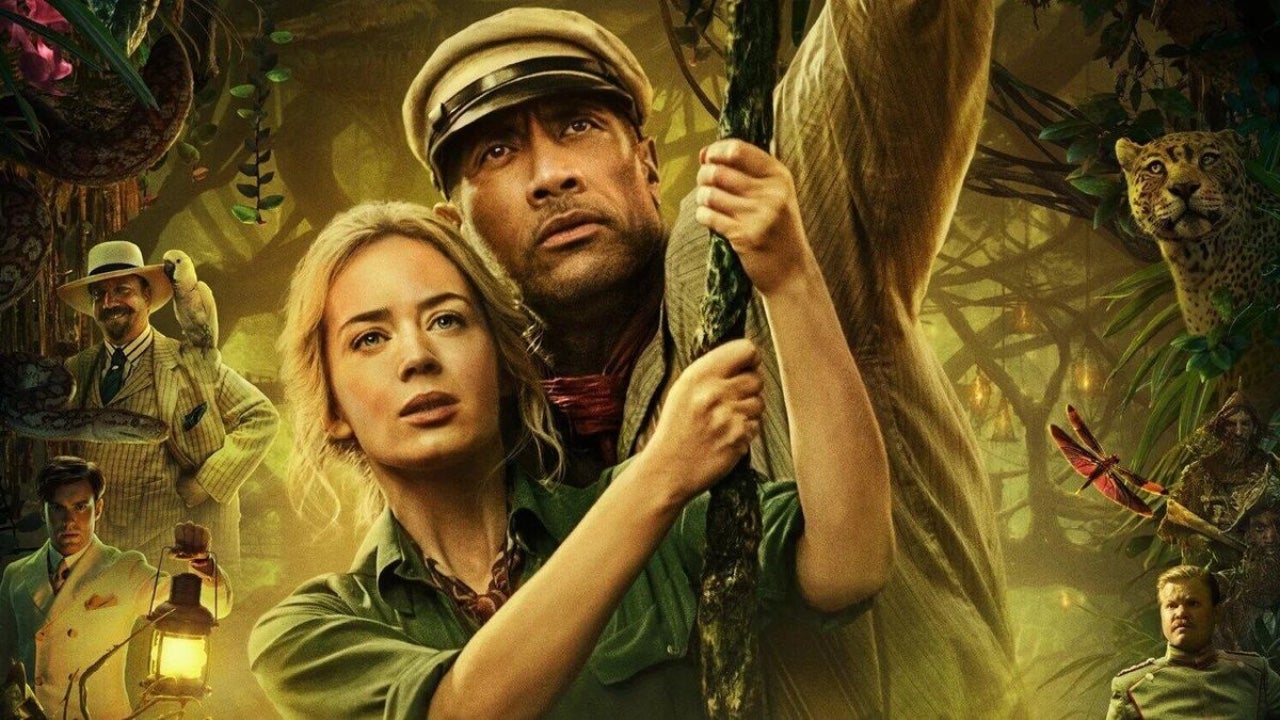 Jungle Cruise premieres in theaters and on Disney+ Premier Access on Friday, July 30.

Jungle Cruise is one heck of a summertime ride, thanks in large part to the delightfully memorable duo at its center. Co-stars Dwayne Johnson and Emily Blunt anchor the rollicking adventure with superb on-screen chemistry and together, they help this ramshackle trek into the Amazon soar.

Jungle Cruise — the first Disney theme park attraction to get the big picture action/adventure treatment since Pirates of the Caribbean — may get bogged down a tiny bit during its climax, doubling down on CGI action until the film starts to lose some of its life and charm, but that’s a small quibble in the grand scheme of this fun and refreshing caper. Johnson and Blunt are tremendous together, capable of bickering and butting heads while still being believably tethered and emotionally connected to one another.

The film didn’t need the gentle romance presented here, but director Jaume Collet-Serra makes it work, and both Johnson and Blunt earn each stolen glance. Johnson also, when he wants to, has a way of being so charismatic that you forget he’s an insanely proportioned individual. Sure, the script will occasionally remind you of this, but his character, the lightly scheming river skipper Frank, is winningly charming, even when he’s trying to pull a clever con.

Blunt, too, looks to be enjoying herself immensely here. As the heroic and headstrong botanist Dr. Lily Houghton, she embodies the craftiness and scholarliness of an Indiana Jones, sometimes getting by on her wits and sometimes scraping by on pure luck. There’s a bouncy, cartoonish element to the action, harkening back to old matinee serials of the 1930s and, in turn, the aforementioned Indiana Jones (referring to the more comedic action in Last Crusade and not the grimmer fare of the first two films). It’s a mix of roughhousing and slapstick that never feels as false or phony as it should, and James Newton Howard’s winning score presents it all with a punchy playfulness.

Fans of the actual Jungle Cruise (which is now in the midst of a remake/remodel) will spot a bunch of sweet and goofy Easter eggs, the first and foremost being Frank’s penchant for puns. And Johnson makes that work too, bless him. Once Lily and her posh brother McGregor (a very funny Jack Whitehall) find Frank, and we briefly encounter a loud and sunburned Paul Giamatti, the movie sets sail for forbidden corners of the Amazon. Over the course of their journey, we find that this big-budget studio release has a sneaky, surprising spark to it and an abundance of heart.

The film’s villains are the unique tag team of a quirky German aristocrat played by Jesse Plemons and undead conquistador played by Édgar Ramírez (part of the CGI pile-on elements). Plemons is truly bizarre and, in any other scenario, would be a scene-stealer, but the story’s guiding light, and most enjoyable players, are Johnson, Blunt and Whitehall. The film is at its strongest whenever the Houghtons are there, Frank is there, or they’re all three together.

Jungle Cruise runs about two hours and, sure, with that comes a few dips here and there. The backstory/mythology surrounding the jungle and the conquistadors (i.e. why Ramirez is a barely present snake man) feels a bit dry, but the script is witty in ways that help squeak us through the set pieces. Clever dialogue pops in to punctuate just about everything, making for a movie that breezes by, distracting and diverting in all the best escapist ways.