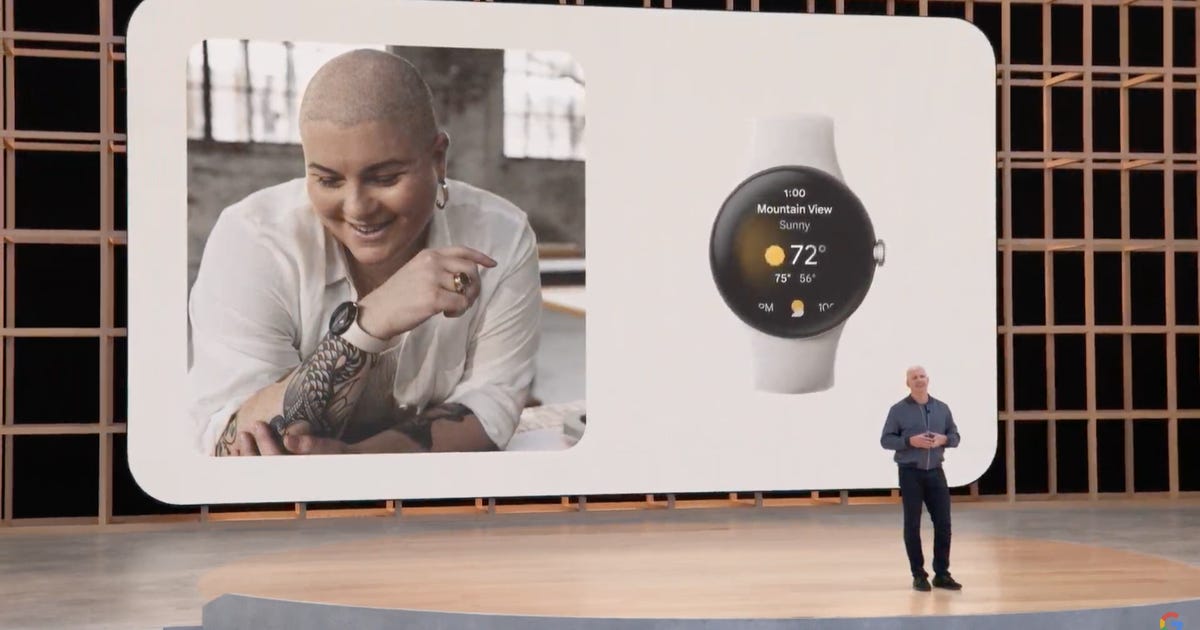 Google makes everything from connected thermostats to phones, speakers, TV dongles and laptops. Soon, you can add smartwatches and augmented reality glasses to that list. Why? To Google, the answer is simple: It wants to make technology less distracting.

The company discussed its vision for the future of computing during its annual I/O conference on Wednesday. A large part of its strategy relies on Google’s expanding lineup of gadgets, which the company says will further its ambitions in “ambient computing.” Google uses this term often to describe how its devices interact with one another, and it was a big focus during this year’s I/O.

But there’s some irony in Google’s approach. The goal behind these new products is to ease the burden on the user by making the technology itself less obtrusive. The promise is that these gadgets will intelligently communicate with one another and anticipate your needs without much intervention. Yet getting that benefit means letting more of Google’s gadgets into your life.

“In a multi-device world, people don’t want to spend their life fussing with technology,” Rick Osterloh, Google’s senior vice president of devices and services, said on stage during the event. “An ambient approach gets the tech out of your way so you can live your life while getting the help you need.”

Google has historically used its developers conference keynote to highlight major updates to its software platforms and apps, like Android, Google Maps, the Google Assistant and Google Photos. On Wednesday, Google announced software improvements and a lot more. While gadgets have debuted at the show in years past, Google introduced six new pieces of hardware during Wednesday’s keynote. The company introduced two new phones (the Pixel 6A and Pixel 7), its first smartwatch (the Pixel Watch), a new pair of earbuds (the Pixel Buds Pro), a new premium Pixel tablet and a pair of AR glasses. That’s a lot, and it underscores just how important Google’s hardware has become.

“It becomes kind of like a constellation of devices,” said Ramon Llamas, research director at the International Data Corporation, a market research firm. “And a constellation of apps within an ecosystem that are going to not just draw people in, but keep them there too.”

Osterloh capped off Google’s hardware blitz with a monologue describing how Google envisions its products working together in the future. He beckoned the audience to imagine a world in which your front door knows when to lock itself, the television automatically pauses when you leave the couch to get a snack and when your devices know whether to send an incoming call to your phone, earbuds or watch. Google isn’t entirely there yet, but it’s easy to see how it’s moving toward that goal. For example, the company announced a new feature for its Nest Hub Max smart display that lets you summon the Google Assistant without using a wake phrase.

“All of these things work in concert to deliver our vision of ambient computing, providing the help people need wherever they want it,” Osterloh said.

The idea itself isn’t new or novel. It’s the very same premise that’s been driving Apple’s hardware business for a long time. Amazon, too, has created a hardware ecosystem of its own that thrives on the way its web of Echo speakers, Eero Wi-Fi systems and Ring doorbells work together. But that just furthers my point; making technology less obtrusive often means investing in more gadgets.

Google has been laying the groundwork for this vision for a long time, from its acquisition of Nest in 2014 to the launch of the first Pixel phone in 2016 and its purchase of Fitbit in 2021. Those pieces continued to come together at this year’s I/O with the debut of Google’s first smartwatch, which integrates heavily with Fitbit.

The search giant’s decision to expand its hardware footprint is also another sign that winning customers over for the long term takes a lot more than releasing a great smartphone. As Apple has taught us, the more invested you are in a brand’s family of devices, the harder it is to leave. Samsung has been mimicking this approach over the last several years with its lineup of Galaxy watches, earbuds, phones and tablets. At I/O, the message became clearer than ever that Google is doing the same.

But for Google, there’s another wrinkle. As the purveyor of Android, it needs to balance developing its own Pixel and Nest-exclusive technologies alongside the broader software found on devices from Samsung, Motorola, OnePlus and many others. For a long time, Google’s most significant influence in the consumer tech market has been its role as Android’s operator. That may still be true, but it’s making bigger moves to change that narrative with its own devices.

In its mission to make devices essentially disappear from the user experience, Google has shown us how much its hardware truly matters. Now we’ll have to see if those devices eventually live up to Google’s promise.