Luna Cryptocurrency Collapse: How UST Broke and Why It Matters 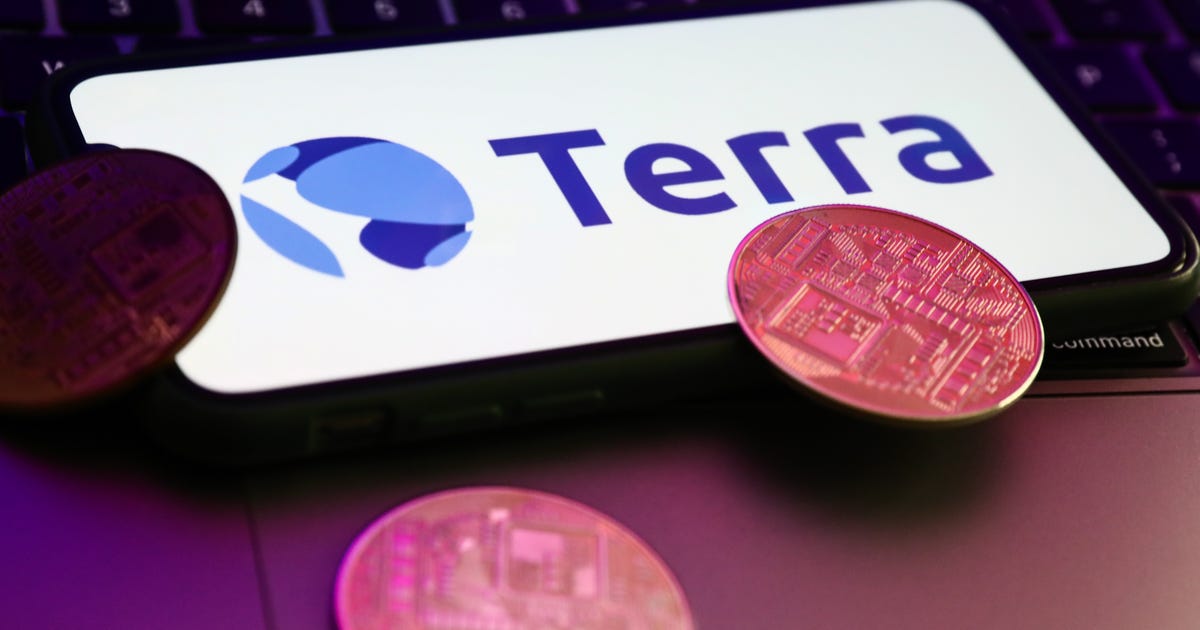 The cryptocurrency market isn’t pretty right now. Look anywhere and you’ll see red: bitcoin and ether are both down over 30% week-on-week, hitting lows not seen since 2020, and altcoins like solana, dogecoin and cardano are faring even worse. It’s bad news for crypto investors, but nothing unheard of. These are notoriously volatile assets reacting to tempestuous economic conditions.

What’s much more unusual, and much more important, is the collapse of the Luna cryptocurrency and its associated TerraUSD (UST) stablecoin. You may not have heard of UST before, or know what a stablecoin is, but it’s a big deal. Billions in crypto wealth has been vaporized, sending shockwaves throughout the whole market.

There are two intertwined stories here: That of the UST stablecoin and that of Luna, both of which are part of the Terra blockchain. The UST coin is designed to retain a value of one US dollar at all times, but it’s depegged and fallen to as low as 30 cents. Then there’s Luna, the centerpiece of Terra’s ecosystem. Its value has collapsed in one of the most stunning crypto crashes ever recorded.

The coin’s price fell from $116 in April to just a cent on Thursday. Its marketcap now stands at $641 million, down from a peak of over $40 billion.

“This is historic for the crypto markets,” said Mike Boroughs, cofounder of crypto investments firm Fortis Digital. “This is a defining moment for the space due to its size and impact in terms of the amount of people that lost substantial value.”

“This is the Lehman Brothers type moment.”

Here’s what you need to know.

To understand the crypto catastrophe, you first need to know what a stablecoin is. In essence, it’s a cryptocurrency that’s pegged to a more stable currency. The biggest such coins are Tether and USDC, which like most stablecoins are both tied to the US dollar. So if you have 1,000 USDC tokens, for instance, they can at any time be exchanged for 1,000 US dollars.

Stablecoins are designed to be ways for investors to hedge against the volatility of the cryptocurrency market. Say ether’s price is $1,900 (where it is today), a trader could exchange one ether for 1,900 USDC tokens. If ether tomorrow drops 50% to $950, those 1,900 USDC tokens could be exchanged for two ether, since the USDT is designed to retain its $1,900 value. When investors smell a downswing coming, they put their money on stablecoins like Tether, USDC and, until this week, UST.

As this crash shows, those measures weren’t quite clever enough.

Terra, Luna and UST: What are they?

To create UST, you need to burn Luna. So for instance, last week you could trade one Luna token for 85 UST (since Luna was worth $85), but the Luna would be destroyed (“burned”) in the process. This deflationary protocol was meant to ensure Luna’s long-term growth. As more people buy into UST, more Luna would be burned, making the remaining Luna supply more valuable.

To entice traders to burn Luna to create UST, creators offered an insane 19.5% yield on staking — which is essentially crypto terminology for earning 19.5% interest on a loan — through what they called the Anchor Protocol. Instead of parking your savings at a bank for a 0.06% interest, the pitch is to turn put your money into UST, where it can earn nearly 20% in interest. Before Saturday, over 70% of UST’s circulating supply, around $14 billion, was deposited in this scheme.

Here’s the key to UST retaining its peg: 1 UST can always be exchanged for $1 worth of Luna. So if UST slips to 99 cents, traders could profit by buying a huge amount of UST and exchanging it for Luna, profiting 1 cent per token. The effect works in two ways: People buying UST drives the price up, and UST being burned during its exchange to Luna deflates the supply.

Then there’s the reserves. Terra founder Do Kwon created the Luna Foundation Guard (LFG), a consortium whose job it was to protect the peg. The LFG had about $1.5 billion in bitcoin reserves: If UST dipped below $1, bitcoin reserves would be sold and UST bought with the proceeds. If UST goes above $1, creators would sell UST until it goes back to $1, with the profit being used to buy more bitcoin to pad out the reserves.

UST is, at the time of writing, worth 44 cents. Something went very wrong.

It all started this weekend. Over $2 billion worth of UST was unstaked (taken out of the Anchor Protocol), and hundreds of millions of that was immediately sold. Whether this was a reaction to a particularly volatile period — interest rates going up has particularly effected cryptocurrency prices — or a more malicious attack on Terra’s system (more on this in a bit) is an ongoing topic of debate.

Such huge sells pushed the price down to 91 cents. Traders tried to take advantage of arbitrage, exchanging 90 cents worth of UST for $1-worth of Luna, but then a speed bump appeared. Only $100 million worth of UST can be burned for Luna per day.

Investors, already flighty in the current gloomy market, flocked to sell their UST once the stablecoin couldn’t retain its peg. After reaching a low of 30 cents on Tuesday, the coin has rebounded to 44 cents — far below its $1 goal. Its marketcap, which was around $18 billion just a week ago, now stands at under $5.3 billion.

It’s worse for Luna holders. The value of Luna tokens has almost completely disappeared: After reaching a high of just under $120 in April, Luna’s current price is 19 cents.

On the possibility of this being a malicious attack. Some have speculated that an attacker attempted to break UST in order to profit from shorting bitcoin — that is, betting on its price going down. If would-be attackers created a large position in UST and then unstaked $2 billion at once, it could depeg UST, which would mean Terra’s team would have to sell portions of its bitcoin reserve to repeg the stablecoin. Once investors saw that UST lost its peg, they would then rush to unstake and sell their UST, which would require more bitcoin reserves to be sold, adding further sell pressure.

Again, this is still speculation.

Why does it matter?

This matters for three reasons.

First, over $15 billion in crypto value has been wiped out through Luna and UST alone. There have been anecdotal reports of self-harm by those who had most of their savings staked in UST — though these can’t be confirmed, it’s clear that a lot of people lost a lot of money in the collapse. The damage isn’t contained to Terra’s ecosystem though, as Fortis Digital’s Boroughs notes. Many who were exposed to Luna and UST would have sold off big parts of their crypto portfolio to recoup some of the damage, pulling the entire market down.

Second, it raises questions about other stablecoins. Again, UST was unusual in that it was an algorithmic stablecoin, unlike Tether and USDC. But the stability of those coins has always been somewhat in doubt: For instance New York’s Attorney General last year accused Tether of lying about how much it actually held in dollar reserves.

Boroughs worries that, if UST was attacked, similar plays could be made against the others.

“The question in our minds becomes, does what happened to UST spread to other stablecoins?” he said. “If big whales found a playbook here that works to attack UST we worry they may reuse that playbook in other areas of the market.”

Lastly and possibly most signifcantly, the collapse of UST has caught the attention of powerful politicians and regulators. Secretary of the Treasury Janet Yellen said on Tuesday that UST’s depegging “simply illustrates that this [stablecoins] is a rapidly growing product and there are rapidly growing risks.”

“One place we might see some [regulatory] movement is around stablecoins,” SEC Commissioner Hester Pierce said Thursday