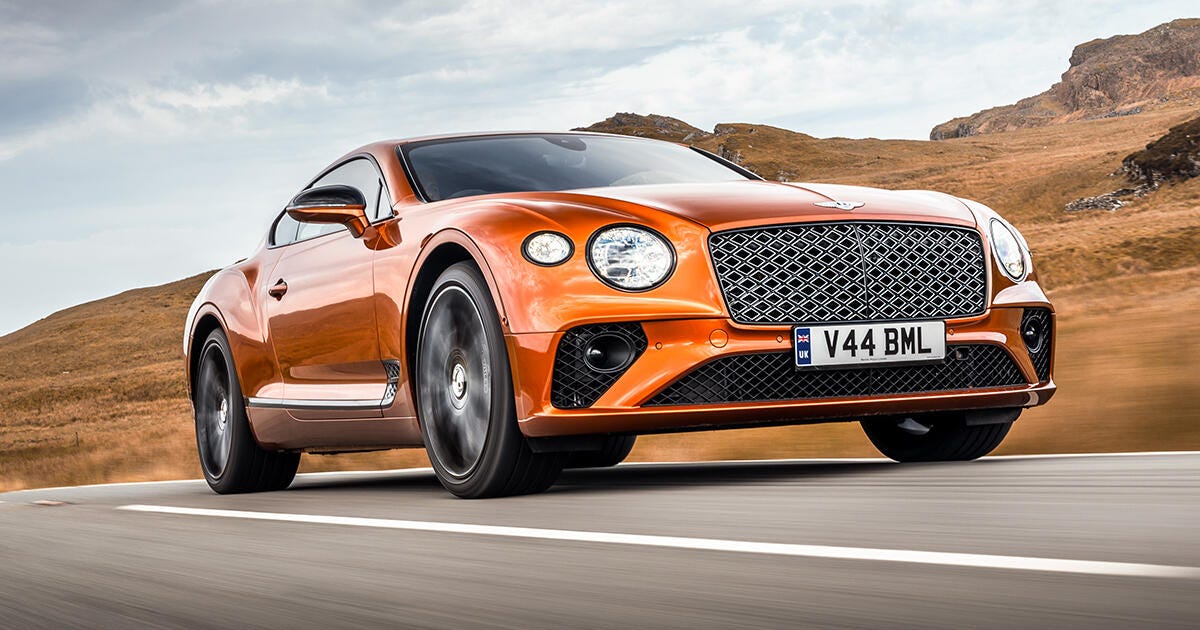 The existing Continental GT Mulliner is offered with a V8 or W12 engine, the latter of which makes 626 horsepower, but the new Mulliner W12 has the same 650-hp tune as the Continental GT Speed. It also gets the 48-volt active anti-roll bars, active torque vectoring, air suspension with adaptive dampers, electronic limited-slip differential and rear-wheel steering systems from the Speed, and carbon-ceramic brakes are optional. Bentley says the Mulliner W12 will hit 60 mph in 3.5 seconds and reach a top speed of 208 mph, matching the GT Speed.

As you might expect, the Mulliner W12 just looks like a GT Speed with the Mulliner bits applied. It has a super cool ‘double diamond’ pattern to the grille and side vents, though that sadly is not expanding to the lower intake mesh. There’s also a Mulliner-specific 22-inch wheel design with self-leveling center caps, a slim rear spoiler and Mulliner-branded door sills and puddle lights. All the brightwork is chrome as standard, though everything is available in gloss black. The Mulliner W12 also debuts a new color split for the interior that uses three different colors, and intricate diamond stitching is standard. The seats have Mulliner embroidery, and there are some new wood trim options as well.

The Continental GT Mulliner W12 is available in both coupe and convertible guises. Expect a pricetag of over $300,000 when it goes on sale later this year — if that’s too dear for you, the normal V8-powered Mulliner is still available. Bentley will give the Mulliner W12 its public debut at the Goodwood Festival of Speed this weekend.

The Bentley Continental GT Mulliner W12 Has All the Toppings