Billionaire Burnout? Not Everyone Wants to Be Musk or Bezos 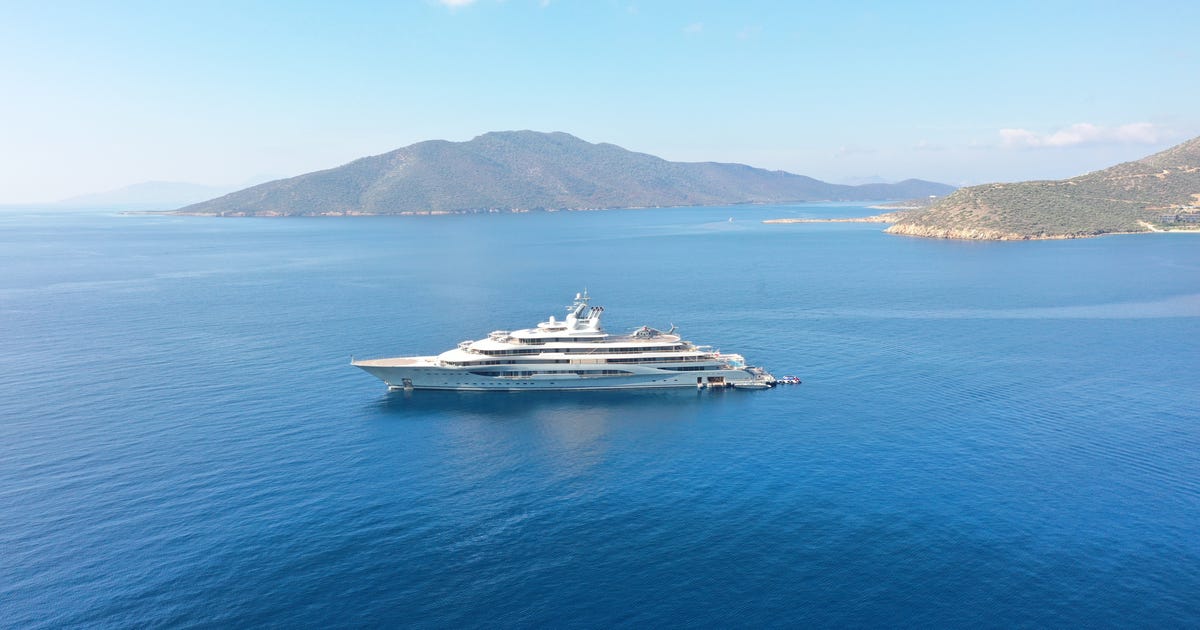 When the billionaires started launching themselves into space last summer, the internet was ready with jokes.

“Well I made sourdough croissants this morning but you don’t hear me bragging…” tweeted one account.

“Billionaires racing to space is cool and all, but maybe they could also pay taxes,” wrote another, garnering nearly 50,000 likes on Twitter.

A common theme through a lot of the commentary online — aside from jokes about the shape of that Blue Origin rocket — was the stark contrast between the average person watching at home, and the literal ascension of people so rich that they could escape the physical bounds of the planet.

It’s another contour in the sometimes uneasy relationship people have with wealth. A 2022 survey from digital wealth management company Personal Capital found that 74% of people don’t believe they’ll reach their own definition of a high net worth individual. A 2018 survey from YouGov exploring perceptions around how much money it takes to be considered rich or poor found that 56% of people thought earning $100,000 a year means you’re rich. That same Personal Capital study placed the figure around $400,000.

But if fortune is still something so many aspire to, what’s the upshot of living in a world where some people have reached a level of wealth almost incomprehensible? Blue Origin and Amazon founder Jeff Bezos, for one, is (as of this writing) the second richest person in the world, with a net worth of more than $167 billion. That means it takes him two weeks to earn just shy of the median annual household income in the US. Elon Musk, the boss at Tesla and SpaceX, is in the top spot, clocking in with more than $259 billion, and he’s now buying Twitter for $44 billion.

Meanwhile, the percentage of Americans who view billionaires negatively — Bezos, Musk and the like — rose to 29% from 23% between 2020 and 2021, according to the Pew Research Center. This comes amid a broader public debate over the increasing disparity between the 1 percenters and everyone else.

Neither Musk nor Bezos responded to a request for comment.

Wealth remains a complicated topic. The reasons people chase it — or reject it — differ. For some, success and wealth are one and the same, and for others, it might be a means to accomplishing a set of goals, rather than the ultimate benchmark in itself of having made it.

Their wealth is “extreme in its form, and therefore, I don’t think it’s necessarily the panacea that maybe some people would think it is,” said Luke Thompson, a consultant at Powerscourt, a UK strategic communications agency, who’s spent time in reputation management, working with ultra-high net worth individuals. “I think people do aspire to become wealthier, but I don’t think they aspire to that level of wealth.”

It turns out, the world’s richest might not cast as looming a shadow on society’s definition of financial success as you might think.

Wealth with a purpose

He’s worth about $3.1 billion already, according to Forbes. The British billionaire founded Phones 4u, which used to be the UK’s largest mobile phone retailer, and sold his business in 2006. Having been involved in philanthropic work since the 1990s, including founding the charity Caudwell Children in 2000, in 2013 he committed to giving away most of his fortune by signing the Giving Pledge. The Giving Pledge is a philanthropic effort founded by Warren Buffett, Bill Gates and Melinda French Gates, which now includes people like MacKenzie Scott, Mark Zuckerberg, Reid Hoffman, Marc Benioff and Elon Musk.

So when he looks at the astronomically wealthy, he doesn’t see a challenge or an indictment of his own success.

Part of the reason is that it’s a rare feat to conceive of the right idea, at the right time, a la Amazon. After all, promotions at a corporate job only take you so far. But also, Caudwell sees a certain pointlessness in amassing wealth for the sake of amassing wealth.

“Rich people — anybody really — you measure to an extent, you validate yourself with the wealth that you create,” he says, “I’m sure there is [an] element of competitiveness. … I think there’s much better, much more satisfying objectives in life than just creating colossal wealth.”

I had 12 Brooks Brothers suits. ‘Why does a person need 12 suits?’ is a fine question that I never bothered to ask.

Wealth with an actual goal is something Myah Irick, senior vice president of the Irick Group-Merrill Private Wealth Management, talks about with her clients regularly.

“Wealth is a means to achieve a set of goals,” she said via email. And with that comes a set of questions, not only surrounding whether someone wants to buy a second home or start a business, but around what they want their legacy to be and what impact they want to leave on their family and community. Some clients come to her with specific goals in mind, others don’t.

Either way, she does see some impact just from the fact that the superrich are out there.

“In our consumer culture, we are indoctrinated to accumulate. If accumulation is supposed to make us happy, then those that can consume anything and everything are assumed to be the happiest,” she said. “Of course, this isn’t true, but that understanding of the world is a persistent one. If happiness is based on consuming, it will always feel out of reach.”

When less is more

Joshua Fields Millburn learned this lesson for himself in his twenties. Millburn is an author, speaker and one half of the duo from the Netflix documentary The Minimalists, which explores the idea that possessions don’t bring happiness in life. He grew up poor in Dayton, Ohio. As a kid, he thought the reason his family had problems was because they didn’t have money. So, after high school he got a job and set his sights on climbing the corporate ladder.

“I had the big suburban house with more toilets than people,” he says, “I had 12 Brooks Brothers suits. ‘Why does a person need 12 suits?’ is a fine question that I never bothered to ask.”

As he tells the story, though, he was also massively in debt and very unhappy.

“I think more people aspire to be the nebulous, successful person, because they haven’t identified what enough is. They just know they need more than whatever they have right now, because they’re discontented right now,” he says.

In modern mythology, some of the uber-wealthy out there got their starts as entrepreneurs.

Every year, about 3 million students around the US take Junior Achievement classes at school. The nonprofit, which was founded in 1919, puts local business leaders in front of kids to teach them about topics like financial literacy and entrepreneurship. For some kids, Junior Achievement might be their first exposure to the idea of starting a business. But the point isn’t to train kids to pursue entrepreneurship for the sake of striking it rich.

“The idea is to go [into business] because you see a problem,” says Ed Grocholski, Junior Achievement’s chief marketing officer. “You can pursue it within the context of your passion and ultimately be successful, and if you end up being rich out of that, that’s obviously a great bonus, but that’s not where we lead with it.”

Grocholski says the superrich have always kindled some awareness in kids’ perceptions. Fifteen years ago, they might have talked about Oprah Winfrey or Steve Jobs. Today, though, he says folks like Bezos and Musk have a higher visibility because of social media and influencer culture.

Research from Junior Achievement has shown that a higher percentage of students expect to get rich at a younger age, even if they don’t yet have a plan for how to make that happen.

At the university level, Sean Branagan started the Center for Digital Media Entrepreneurship at Syracuse University’s S.I. Newhouse School of Public Communications. He says he drives home with his students that the definition of success is up for interpretation. Wanting to be able to pay your bills and take on the practicalities of life while doing something that’s personally meaningful is a mind frame that’s not necessarily tied to great financial status.

And though it’s hard to pinpoint why, Branagan says he’s seen a shift in the last five years or so, with fewer students interested in becoming another hoodie-clad mogul.

“They want to do something that’s more meaningful, tighter to a community, standing for something bigger, [rather] than ‘Oh, yeah, our marketing is that we help poor kids, but that’s just a marketing spin. Instead, it’s built in,” he said.

One of his former students is Kelsey Davis, the founder of CLLCTVE, a company that connects creatives with brands. Davis made Forbes’ 30 Under 30 list in 2021. Since she’s still early in her career as an entrepreneur, I asked her about how the ultra wealthy factor into her plan for herself — particularly since more than a few started as entrepreneurs — and she said they’re not really the stick by she’s measuring herself.

“Success looks like achieving whatever it is that you want,” she said. “I always want to be in a position where I’m able to create freely. As I get older through life, the degree of what that means, the resources that are needed to create whatever those ideas are freely … can change.” But, she says, self-sufficiency underpins her goals.

You can’t take it with you

These days, when Caudwell does think about growing his wealth, he thinks of it in terms of having more to leave behind — not to his children, but to his philanthropies. In 2019, he increased his Giving Pledge commitment to 70%. And when he looks around at some of the other billionaires on Forbes’ list, he wonders what exactly they’re hanging onto.

“Why wouldn’t every wealthy person do the same thing?” he says. “What [do they] want all that wealth for in the long term, anyway?”