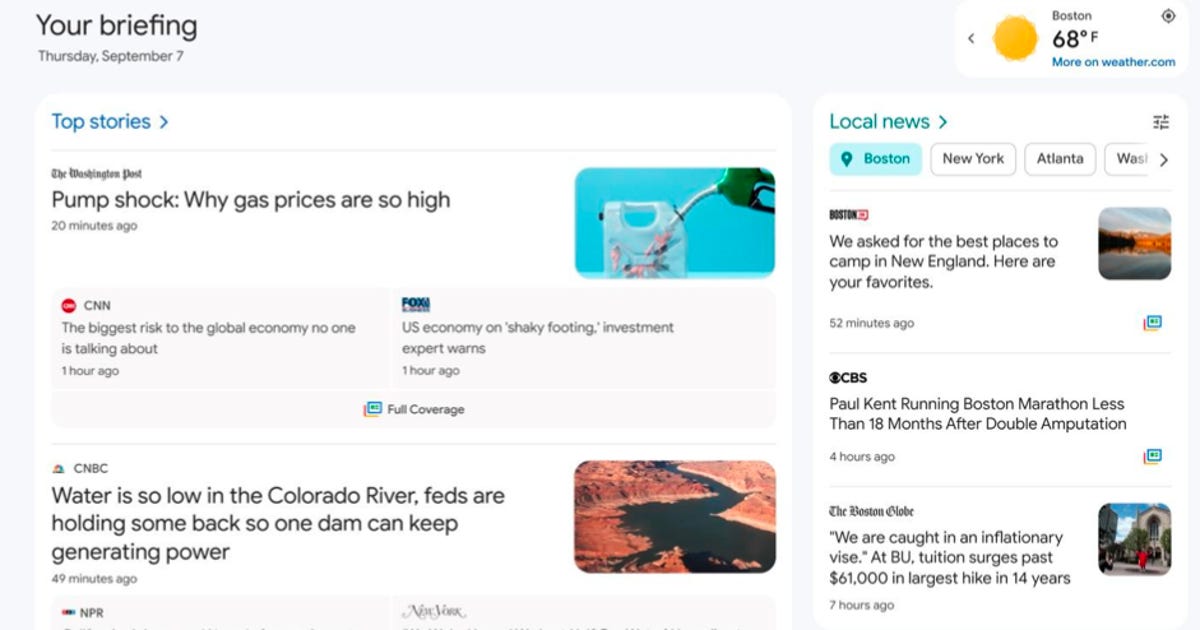 Google is boosting the presence of local news in a redesign of its News aggregator, part of a new quality information effort the search giant unveiled Wednesday.

The new design will feature a column that showcases local news by city, the company said in a blog post marking the 20th anniversary of its News service. People can choose from which the city they’d like to see news or it will be filled in for visitors.

Google didn’t immediately respond to an inquiry as to whether the service will automatically select a city based on the user’s IP address, which the company can often see.

Brad Bender, vice president of Product for News, said searches for local news have increased three-fold over the past five years, peaking during the COVID-19 pandemic.

The redesign comes as Google, as well as Facebook and other big internet companies, faces mounting criticism for damaging local journalism and eating up ad dollars. As news publications moved online, many relied on Google Search to drive traffic to their sites. That made publications dependent in part on Google, which wasn’t always transparent as to changes it made or why.

Google and other web giants face mounting legislation around the world to pay news providers for stories they surface on their sites. Australia passed a law earlier this year that requires Google and Facebook to pay publishers for the content they featured. Canada introduced similar legislation two months later, saying the current digital ecosystem has led to the closure of 450 media outlets between 2008 and 2021, heightening mistrust and the rise of disinformation.

The redesign tries to address complaints that Google and its peers spread misinformation. Google News on Desktop features an expanded Fact Check section to give readers more context. The section includes a fact-checked assessment from independent organizations.

The revamped Google News gives users greater customization, letting people view news based on specific topics such as business, entertainment and sports. It’s similar to how Yahoo lets users organize stories for them.

Google says its Search and News products send users to news websites 24 billion times a month, and the company says it is prioritizing publishers of quality information.