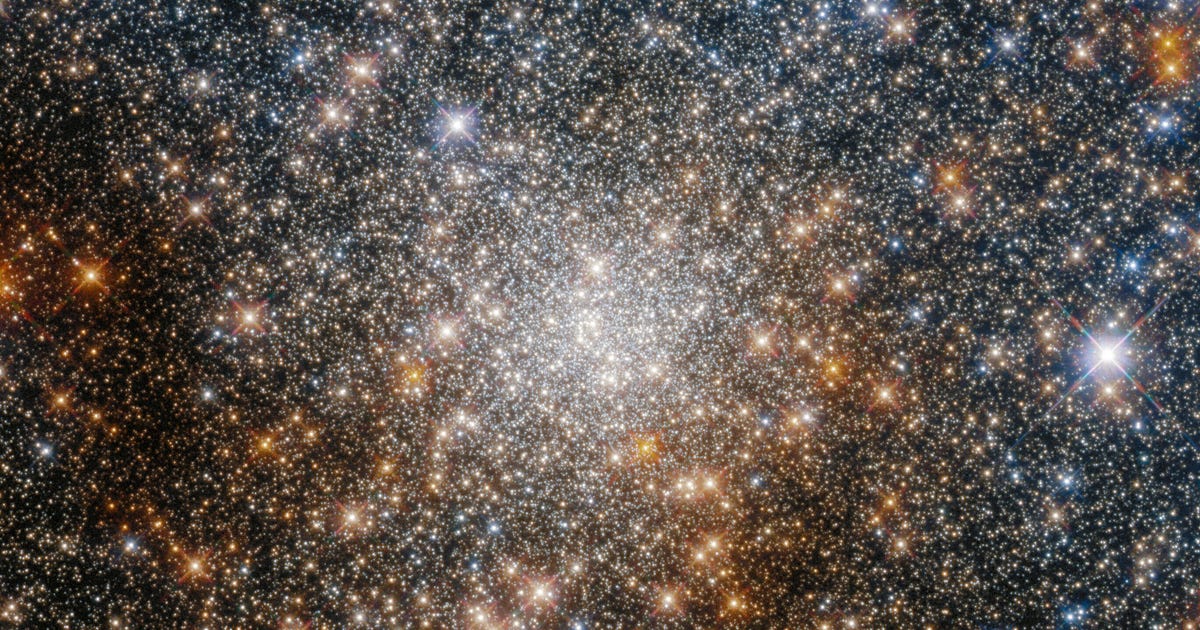 Here’s your moment of space beauty for the day. The Hubble Space Telescope stared at the constellation Sagittarius and spotted a luminous collection of stars. NASA highlighted the view of Terzan 9, a globular cluster, on Wednesday.

Hubble is a joint project from NASA and the European Space Agency. ESA said, “Terzan 9 is dotted with so many glittering stars that it resembles a sea of sequins.” The term “globular cluster” might sound a little awkward, but the views are spectacular. These clusters are formations that can contain millions of stars.

The Hubble image shows the dense heart of Terzan 9, where stars look like they’re snuggling in close with one another, creating a brighter conglomeration in the center.

The image is gorgeous, and there’s plenty of science interest here, too. Hubble is investigating globular clusters near the middle of our home Milky Way galaxy, a place that’s full of interstellar dust. As you can imagine with any dusty spot, it can be hard to see through an area like that and get an accurate idea of what’s going on.

The interstellar dust can change how the colors of stars appear to us back here near Earth. “Hubble’s sensitivity at both visible and infrared wavelengths allows astronomers to measure how star colors change due to interstellar dust,” said ESA. “Knowing a star’s true color and brightness allows astronomers to estimate its age, and thereby estimate the globular cluster’s age.”

Hubble is an old-timer after having spent more than three decades out in the wilds of space. Despite numerous technical glitches, the Hubble team has been able to keep the venerable observatory operating. NASA hopes it’ll continue to deliver data for years to come, even as the next-gen James Webb Space Telescope comes fully online.

Here’s to many more more Hubble views of space sequins.