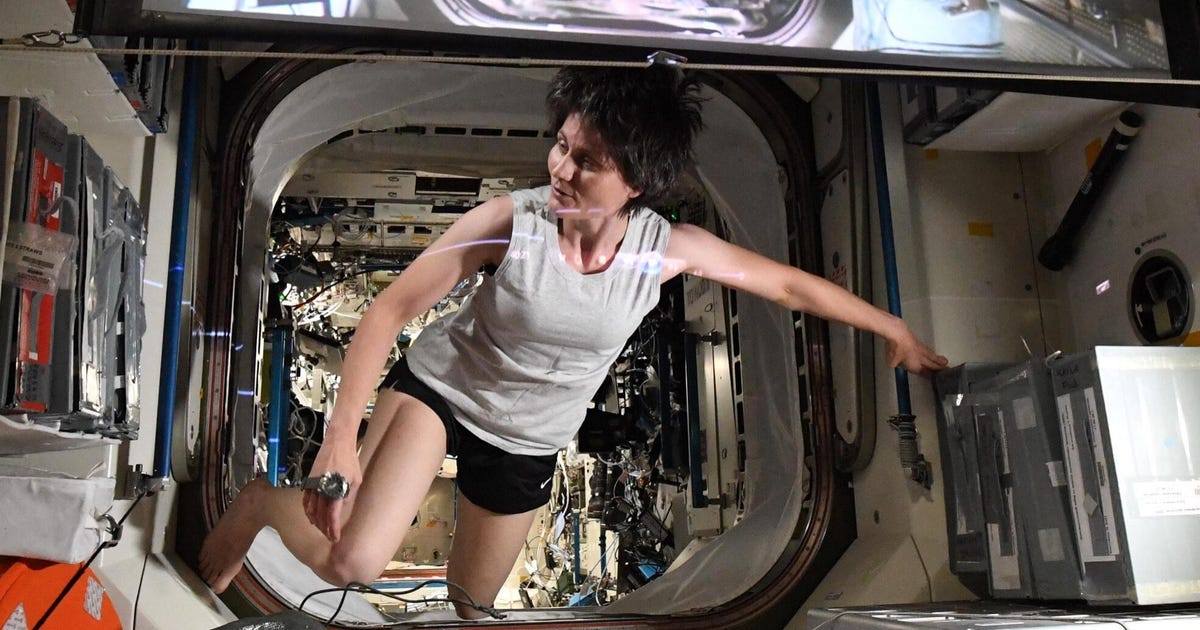 Astronaut Samantha Cristoforetti has some serious sci-fi cred. The European Space Agency representative already delivered one of the greatest moments in space cosplay when she dressed as Captain Janeway from Star Trek during an International Space Station stay in 2015. She’s done it again, but this time as Sandra Bullock’s character Dr. Stone from Gravity.

Gravity, which also starred George Clooney, was a smash hit when it came out in 2013. The story revolved around a space shuttle disaster. The thriller won an Oscar for best visual effects, thanks to how it depicted life and travel in space.

On Sunday, Cristoforetti tweeted a photo of herself dressed like Dr. Stone, re-creating a still from the movie. Cristoforetti’s photo shows the Dr. Stone moment on a screen above her in the ISS passageway. It’s an eerily perfect re-creation.

“Hey, Dr. Stone! Quick question for you. How did you get your hair to stay put?” Cristoforetti joked along with the hashtag #AskingForAFriend.

Bullock’s secret to perfect hair involved a short ‘do combined with Hollywood movie magic. Cristoforetti has to deal with the realities of living in microgravity, which includes flyaways.

The photo was a long time coming for Cristoforetti’s 2014-2015 station-mate Scott Kelly. The former NASA astronaut chimed in on Twitter about Cristoforetti’s cosplay, saying his biggest regret from his year-in-space mission was not being quick enough with the camera to catch Cristoforetti in the Gravity pose.

Kelly shared his “photo fail” from the time, showing the empty passage in the ISS with the movie on a screen above it.

This is Cristoforetti’s second visit to the ISS. She arrived with the SpaceX Crew-4 mission in late April and could be in orbit for up to six months. That means she’ll have plenty of time to bust out some more microgravity cosplay.