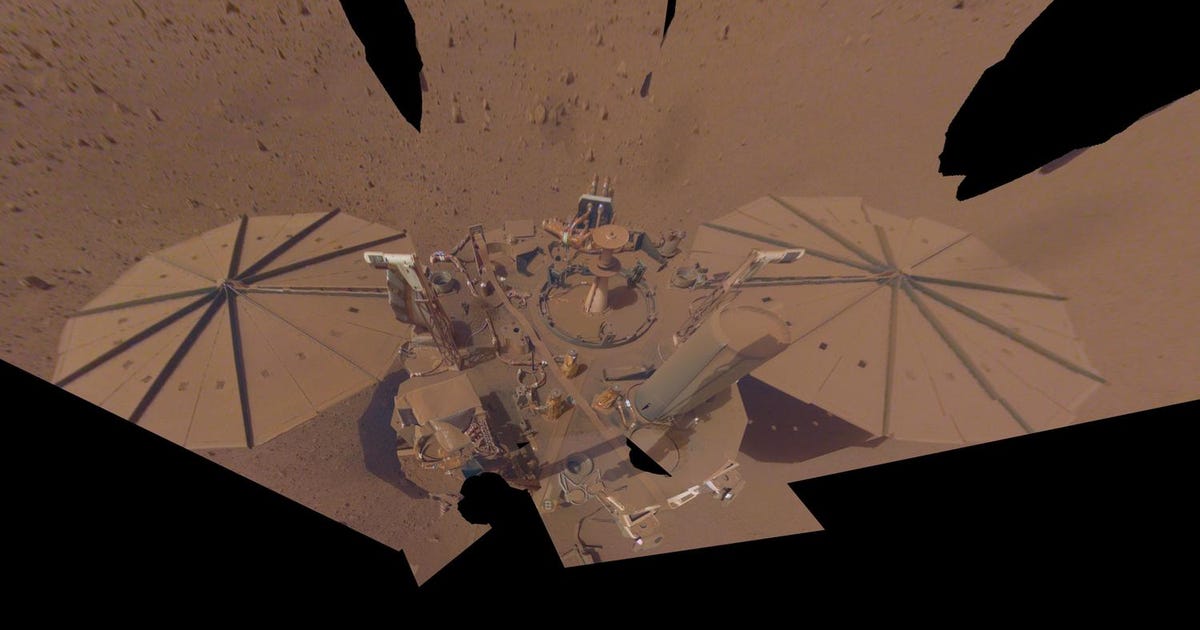 This story is part of Welcome to Mars, our series exploring the red planet.

Mars hasn’t been kind to NASA’s InSight lander. The lander’s solar panels are coated in dust, and power is dwindling. Despite the challenges, the lander delivered on its promise to help scientists understand the interior of the red planet. Now, it’s going to use its final days to make a last, worthy gasp for science, NASA said on Tuesday.

The InSight team had originally planned for the power-starved lander to reach the end of operations in December, but a new focus on detecting Marsquakes for as long as possible will likely mean an earlier demise for the mission.

The lander’s seismometer is its last functioning scientific instrument. It was scheduled to be shut down by the end of June to keep the lander alive and in contact with Earth — and likely snapping occasional photos — until late in the year. But InSight was sent to Mars to conduct science, so its remaining power will feed into the seismometer in the hunt for more Marsquakes. The instrument could now last until the end of August or early September.

InSight will be going for broke with its seismometer. NASA will turn off the lander’s fault protection system that would normally place it into a safe mode that allows its team to troubleshoot issues with power or temperatures. “While this will enable the instrument to operate longer, it leaves the lander unprotected from sudden, unexpected events that ground controllers wouldn’t have time to respond to,” NASA said.

InSight has picked up over 1,300 Marsquakes since it arrived on the red planet in 2018, including an absolute unit of a quake in May. It’s tough knowing a major mission like this is coming to a close, but the lander will be making a justifiable sacrifice. “InSight hasn’t finished teaching us about Mars yet,” NASA Planetary Science Division Director Lori Glaze said in a statement. “We’re going to get every last bit of science we can before the lander concludes operations.”