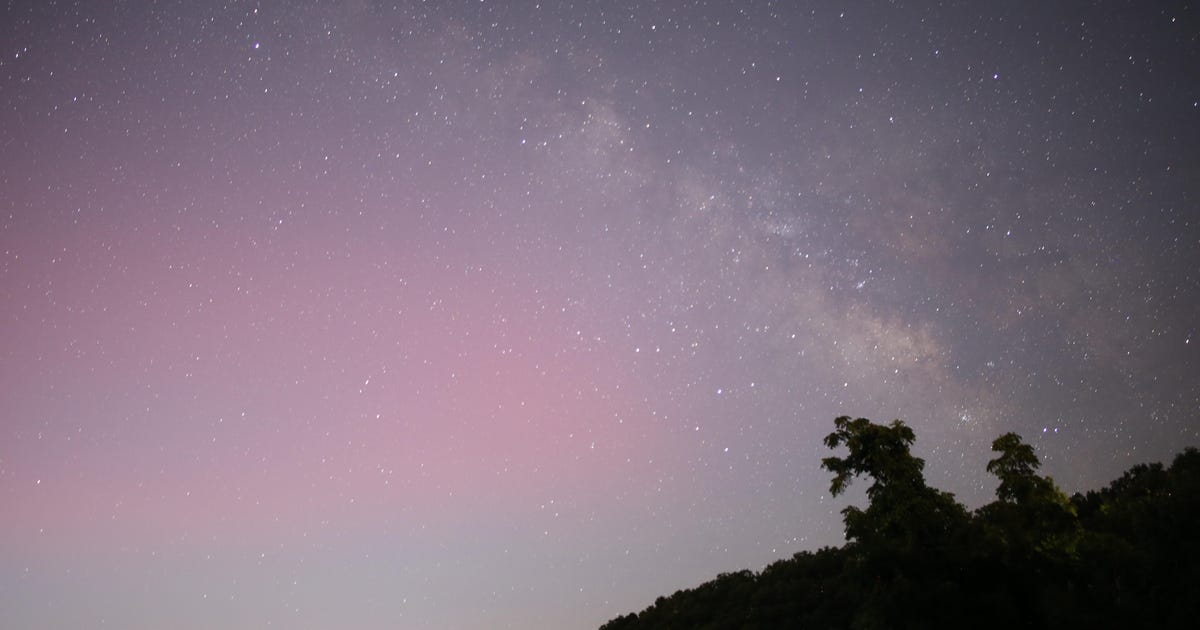 Auroras are often spectacular displays at the edge of the atmosphere caused by space weather, usually in the form of highly charged particles from the sun slamming into Earth’s magnetosphere, but a similar-looking phenomenon has been observed recently at unusually low latitudes.

Photographer Christopher Hoffman picked it up while he was taking long exposure shots of the night sky with his camera just after midnight Sunday from a location in Maryland.

“When the exposure was done I was seeing this red glowing huge area covering the Milky Way,” Hoffman wrote of the above photo shared to SpaceWeatherGallery.com that shows a reddish glow not unlike that of an aurora borealis.

The thing is, Hoffman took the photo from a location too far south to see auroras caused by all but the strongest of geomagnetic storms. And at the moment it was taken, there was no such storm in progress. But there was another event that had just taken place.

“My first thought was a SpaceX launch,” he recalled. “Crazy thing was it was only visible in the images and not with the naked eye.”

His guess turned out to be correct, as a Falcon 9 rocket carrying a communications satellite had launched from Florida just a few minutes earlier.

“This glow is probably the exhaust gasses from the rocket’s second stage, causing the ionosphere to recombine quickly,” Boston University physicist Jeff Baumgardner told Spaceweather.com. “This is a well-studied phenomenon when rocket engines are firing in the altitude (around) 200-250 km (124 – 155 miles).”

What’s happening is that charged oxygen molecules in the upper atmosphere are reacting with water and carbon dioxide from the rocket exhaust and emitting photons at the same wavelength as red auroras as a result.

This isn’t a phenomenon that’s unique to SpaceX rockets. As Baumgardner noted, it was also documented following a Titan IV launch back in 2005 when Elon Musk’s company was barely getting started.