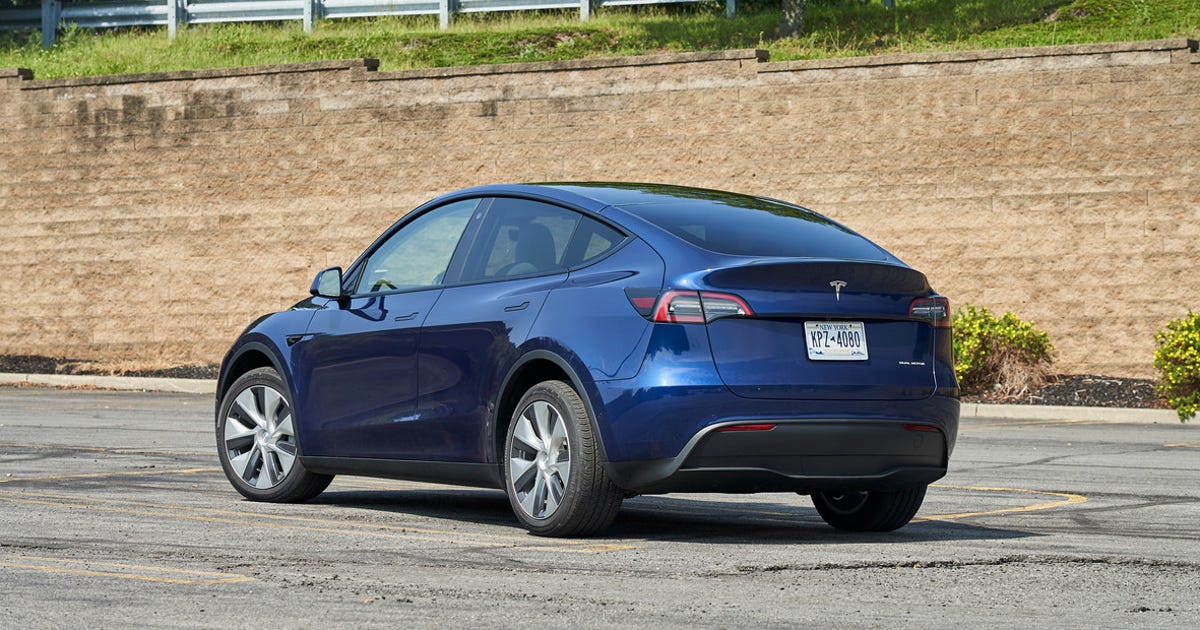 Every year, Cars.com dives deep into the domestic automotive industry to determine which US-manufactured cars are the “most American.” It’s not about which ones sing the national anthem the best, but rather, it’s a soup-to-nuts look at how these cars are built and where their precursor components are sourced. And, once again, Tesla takes the top spot.

Cars.com this week debuted the 2022 American-Made Index, and it’s another year with Tesla atop the rankings. The Model Y takes the top spot as the “most American” car manufactured in the US, after coming in third last year. Just below that is the Tesla Model 3, which was in first place last year. Tesla’s older vehicles, the Model X and Model S, occupy the fifth and sixth slots, respectively.

The true Cinderella story in this year’s AMI is the Lincoln Corsair, which is manufactured in Louisville, Kentucky. After being ranked 64th last year, the Corsair shot up to third, preventing Tesla from occupying the podium fully. The Honda Passport also helped out, ranking fourth this year after coming in ninth in 2021. The next time a Big Three automaker appears on the list is 11th, with the pride of Bowling Green, Kentucky, the Chevrolet Corvette. In fact, the highest-ranking pickup truck on the AMI is none other than the Honda Ridgeline in eighth.

Cars.com looks at five primary factors when assembling the AMI. Not only is the location of final assembly taken into account, so is the percentage of North American parts, countries of origin for engines and transmissions, as well as manufacturing workforce. Vehicles can also be disqualified from inclusion if they weigh too much (think full-size vans, heavy-duty pickups and the like), if automakers limit sales volume to less than 1,000 units per year, and if models are set for immediate discontinuation. Vehicles not yet on sale are not included, either.